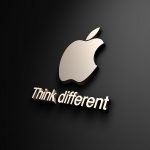 A big announcement came out on SSL Certificate validity at the face-to-face meeting of the CA/Browser Forum (CA/B Forum) at Bratislava, Slovakia which was held on 19th February. CA/B Forum is the industry standards group which consists of Certificate Authority (CA) and several of the major browsers. The announcement stated that starting from 1st September […] 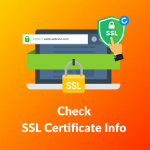 A secured website can be identified from the lock symbol on the browser bar. Different browsers have different ways to show this to users. One should be really aware of the benefits of using an SSL certificate for a website. The cases when users do not pay attention to the lock sign in the browser […]

You have experienced this error many times on the Chrome browser while visiting a website. Generally, this error goes away when you refresh a webpage. But there are instances when you need an in-depth fix rather than just a simple page refresh. In this guide, we will show how to fix ERR_SSL_PROTOCOL_ERROR in the Google […] 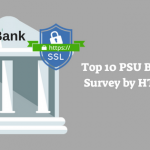 It’s the 21st century and the pace at which internet users has grown in is just humongous. There are approximately 900+ e-commerce websites active in India. This number goes on increasing every day. About 70% of India’s internet users make an online transaction on these websites. You can’t even estimate the number of transactions done per […]

Phishing and Spoofing – Your Guide to Protect Against Them

The latest Phishing and Spoofing scam took away far more than just PayPal login credentials. Understand the Phishing and Spoofing to secure yourself and your organization from such scams. Also, know how the latest PayPal phishing attack took place. ‘Phishing’ is an attempt by fraudsters to ‘fish’ for your personal/financial / investment details via email. […]

Guide to Choose the best SSL certificate for your website

Delegated Credentials for TLS a new cryptographic protocol announced by Mozilla, in collaboration with Cloudflare, Facebook and other community members of IETF. After, ongoing development for three years by combined efforts of Facebook, Cloudflare and Firefox we can say that this new protocol is about to become an internet standard. Currently, the Internet Engineering Taskforce […]

Here’s everything you need to know about TLS 1.3

It took about more than eight years since the last encryption protocol update, a new version TLS 1.3 published as of August 2018. TLS 1.3 has countless advantages over its predecessors, which is faster and more secure including a handshake and rebuild cipher suites. Technically, SSL 1.0 never officially released, 2.0 and 3.0 had a short […]