https.in Blog > SSL Certificate > SSL vs TLS: Who wins the ‘MOST SECURED’ title? 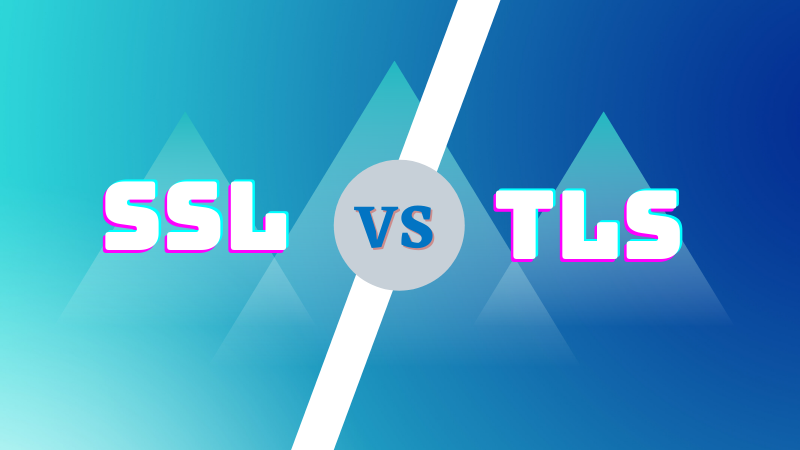 In today’s online world, no one wants to compromise their online security and privacy. They want a secure and encrypted connection. But having a secure connection is one thing and maintaining one is another.

TLS and SSL are concepts that are often confused by people. Hence, this article will help you to get a clearer picture of the same.

A lot of questions might come to your mind, such as:

1) What is the difference between TLS and SSL?

But before we move on to the main subject, here’s a short SSL & TLS history lesson you need to know.

What are SSL and TLS used for?

Secure Socket Layer (SSL) protects data that is transferred from a web browser to a server. In this way, SSL ensures that all data transmitted between a web server and a browser stays private and secure.

In 1993, the World Wide Web revolutionized internet access. By 1995, the internet was estimated to have 44 million users. “The father of SSL,” Taher Elgamal, came up with the idea of SSL. SSL was developed by a company called Netscape when Taher was their chief scientist. SSL 1.0, the first-ever SSL protocol, was never publicly released due to serious security flaws.

This led to the release of SSL 2.0 in 1995, which also included several security vulnerabilities. The Internet Engineering Task Force (IETF) published SSL 3.0 in 1996, the third and final version.

The TLS 1.0 protocol, a replacement for SSL 3.0, was written by Christopher Allen and Tim Dierks of Consensus Development three years later. This led to the birth of TLS 1.0 (which was actually SSL 3.1). Microsoft changed the name so as not to seem like a rubber-stamp for Netscape.

There have been three other versions released since then, each adding significant security improvements. As of right now, TLS 1.2 is being replaced with TLS 1.3, which was released in 2018.

What is the difference between TLS and SSL?

Well, there are many prominent yet similar differences in SSL vs TLS. But the most fundamental difference between these protocols is how they establish connections.

Both support their own set of algorithms that improve your website’s security and overall performance. Let’s take a look at the differences between SSL vs TLS in a tabular format.

Uses of SSL vs TLS

Now both SSL & TLS certificates serve the same purpose- robust website security. The encryption used helps to protect web applications against data tampering and eavesdropping. This is slowly transforming into a standard digital norm in the online security world.

Which is better SSL or TLS?

There is no question that TLS is better than SSL.

In large part due to known security vulnerabilities, SSL is deprecated. Thus, SSL in 2019 and beyond is not a completely secure protocol.

Instead, you should use TLS the more modern version of SSL. The most recent versions of TLS provide performance benefits and other improvements as well.

In addition to being more secure and more performant, TLS is also supported by most modern web browsers. For example, Google Chrome stopped supporting SSL 3.0 a long time ago, and most major browsers plan to stop supporting TLS 1.0 and TLS 1.1 by 2020.

Read More: Everything you need to know about TLS 1.3

In Chrome, Google has actually started displaying warnings for ERR_SSL_OBSOLETE_VERSION.

How do you know if a certificate is SSL or TLS?

1) Launch Google Chrome.
2) Enter the URL you wish to check into the browser.
3) Click on the ellipsis located at the top-right of the browser.
4) Choose More tools > Developer tools > Security.
5) Look under the line “Connection…” to see which version of TLS or SSL is used.

Why is it called an SSL certificate? If TLS is more secure?

We have learned that TLS is a more recent version of SSL, and it has been deprecated for more than 10 years and contains known security vulnerabilities.

Those of you who are wondering why it’s called an SSL certificate instead of a TLS certificate might find the answer here. Because TLS is a modern, secure protocol.

You can see, for example, on our home page, we advertise an SSL certificate, not a TLS certificate.

You need not be concerned: Https.in does not use outdated technology.

As a matter of fact, all of the “SSL Certificates” you see are really SSL/TLS Certificates.

As the winner of the ‘Most Secure’ title, TLS wins with the most positive points. SSL is a remarkably close second, but it has a few weak areas where TLS is more secure.

The bottom line is that both technologies secure the connections between websites and end-users, and either one is an excellent choice for most businesses.