Why Companies must have a Cyber security disaster mitigating Policy. (CAMP) 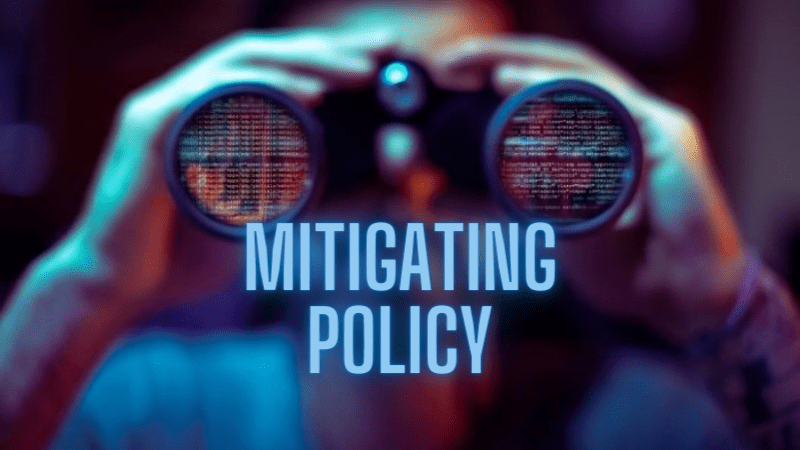 When it comes to containing the Cybersecurity attack, it is pertinent to first have a policy in place to counter it and the entire organization must be geared up to face and secure the data in event of a cyber-attack to mitigate its impact and have a Cybersecurity disaster mitigating policy.

The cybersecurity attacks landscape continues to evolve and expose organizations in all sectors to breaches as are threats escalating in scope and sophistication, new smart technologies — particularly those leveraging the Internet of Things which can aggravate the fires that security staff need to fight, let us study about What Will Cybersecurity Look Like 10 Years from Now

Since they are often not tested for security flaws, which create hard-to-defend gaps for organizations trying to defend and protect their networks and assets

A denial-of-service attack engulfs a system’s resources so that it cannot respond to service requests. A DDoS attack is also an attack on a system’s resources, but it is launched from many other host machines that are infected by malicious software controlled by the attacker.

A MitM attack occurs when a hacker enters itself between the communications of a client and a server.

Phishing and Spear Phishing A phishing attack is a practice of sending emails that appear to be from a trusted source with the goal of obtaining personal information or influencing users to do something desired by the attacker.

Drive-by download attacks are a common method of spreading attacks, hackers seek insecure websites like HTTP and plant a malicious code on one of the pages.

Since passwords are a commonly used method to verify users to an information system, obtaining passwords is a common and effective attack.

SQL injection is a common issue with database-driven websites. It occurs when a malefactor executes a SQL query to the database thru the input data from the client to server

XSS attacks use 3rd party web resources to run the scripts in the victim’s browser or scriptable application. wherein the attacker injects a payload with malicious JavaScript into a website’s database

Eavesdropping attacks occur through the interception of network traffic by eavesdropping, an attacker obtains passwords, credit card numbers and other confidential data that a user might be sending over the network. Eavesdropping can be passive or active:

Birthday attacks are made against hash algorithms that are used to authenticate the integrity of a message, software or digital signature.

Malicious software can be described as unwanted software that is installed in your system without the consent.

As part of the Government of India’s “Digital India” campaign which aims at digital empowerment of the Indian citizen by boosting the connectivity, enlarging access also improving the electronic delivery of the Government’s services